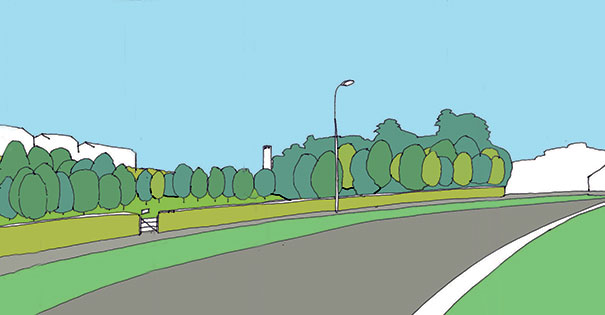 Our plans to transform the Cumberland Avenue land into a real environment asset for everyone’s benefit, launched at our AGM in November, are now available for download. These plans have been drawn up by our environmental consultant, Iona Hyde, and reflect the preferences of local people expressed at an open meeting held at Lomond School Sports Hall in May 2017.

The key proposals are to:

David Adams, HCWG Convenor said: “The launch of these detailed plans, which have been drawn up in close consultation with the local community, represents a major step forward in our campaign to transform the land at Cumberland Avenue. They offer a new future for the land after years of neglect and controversy. We are confident that if we can acquire the land, we will be able to secure the necessary funding to implement what will be a significant project for Helensburgh.”

The plans have been welcomed by Councillor Aileen Morton, Leader of Argyll and Bute Council and by Norman Muir, Convenor of Helensburgh Community Council, as reported in the Helensburgh Advertiser on 14 December [PDF 948kB].