This month’s newsletter, which is again being distributed to around 1,300 households in the area, explains why there is no need to build on Castle Woods or the land at Cumberland Avenue when there is already more than enough land allocated for housing development in Helensburgh and Lomond. The newsletter can be downloaded here.

Since May 2018, discussions have taken place between HCWG, the landowners and their representatives on the future of Castle Woods and the land at Cumberland Avenue. These discussions have also involved ACHA – the Argyll Community Housing Association.

In the discussions, the owners put forward plans to build 18 flats on Castle Woods and 3 houses at Cumberland Avenue, offering to gift the remainder of the sites to HCWG in exchange for our support for these plans.

HCWG held a well-attended members’ meeting on 17 September, at which the owners’ plans were displayed and explained. There was no support whatsoever among members for building on part of Castle Woods and the land at Cumberland Avenue and indeed very considerable opposition, despite the owners’ offer to gift the remainder of both sites to HCWG.

Members felt that it was not the role of HCWG to support or argue for any breach of the longstanding planning protections for both sites. Moreover, it was also felt that the remaining areas to be gifted to HCWG would not function well as community woodlands because they would be too small, and in the case of Cumberland Avenue, too enclosed. The meeting expressed strong support for the pursuing ‘compulsory’ community buyouts of both sites.

During the course of the discussions with the landowners, HCWG had offered to pay them open market value for both sites, involve them in creating community woodlands there, and name the new areas after them. We hope discussions will continue and will find a way forward based on this generous offer.

This month’s newsletter, which was distributed to around 1,300 households in the area, sets our latest plans for creating a community woodland at Castle Woods. The newsletter can be downloaded here. 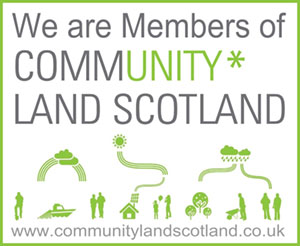 You are invited to support the work of Helensburgh Community Woodlands Group either in addition to your membership subscription or as a separate donation.

Castle Woods: here we are seeking to save the historic Woods from destruction by a proposed housing estate of between 48 and 72 dwellings and ensure instead that it is turned into a well-managed community woodland.

Cumberland Avenue: here, we are working hard to secure the restoration of land at where woods were felled in 2011.

We would encourage you to respond to recent news by ‘leaving a reply’ at the relevant website or sending a letter to our local paper, the Helensburgh Advertiser at: editorial@helensburghadvertiser.co.uk
Helensburgh Community Woodlands Group is not responsible for the content of any external websites to which links are provided from this website.